Exclusive destinations, respected tour providers and the top rated travel providers hand selected for the busy physician in every stage of their career.

Universal’s 5th hotel, Loews Sapphire Falls opened on July 7, 2016 as the resort’s sole Preferred Hotel property. With lead in pricing in low season starting at $160 per night, this resort is priced comparably with Disney’s Moderate resorts. The hotel sits between the Royal Pacific Hotel and the Cabana Bay Hotel, sharing convention and meeting space with the former. With 1,000 guest rooms it is the second largest hotel on Universal Property, yet you would never be able to tell that by the crowds in public spaces. 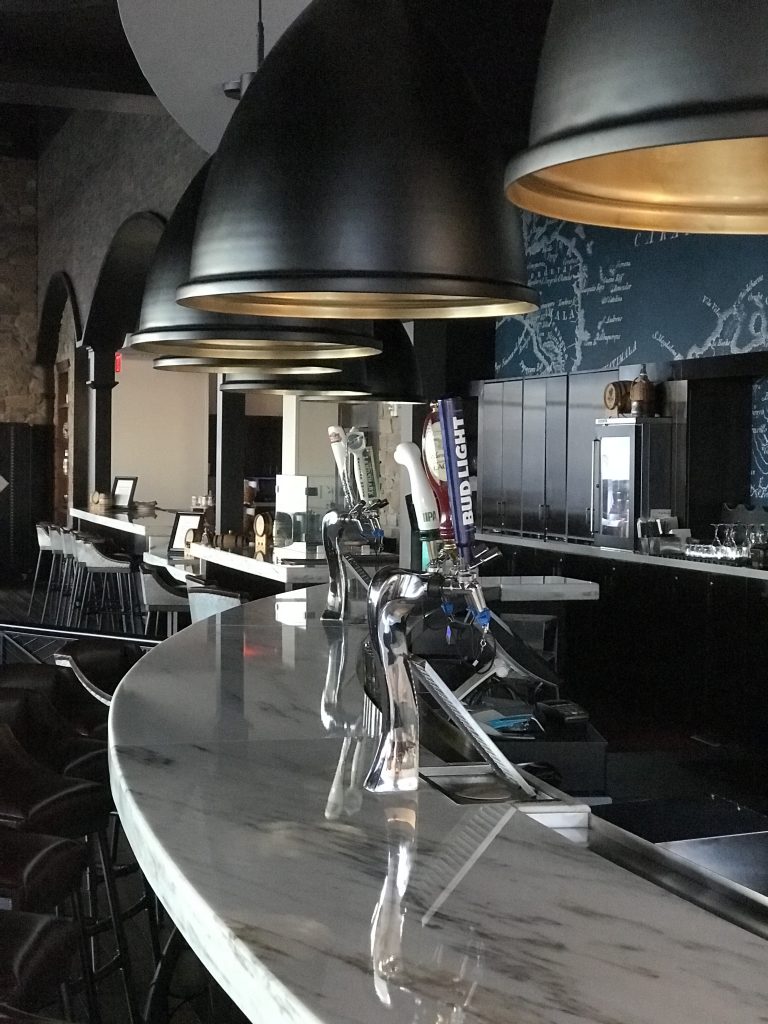 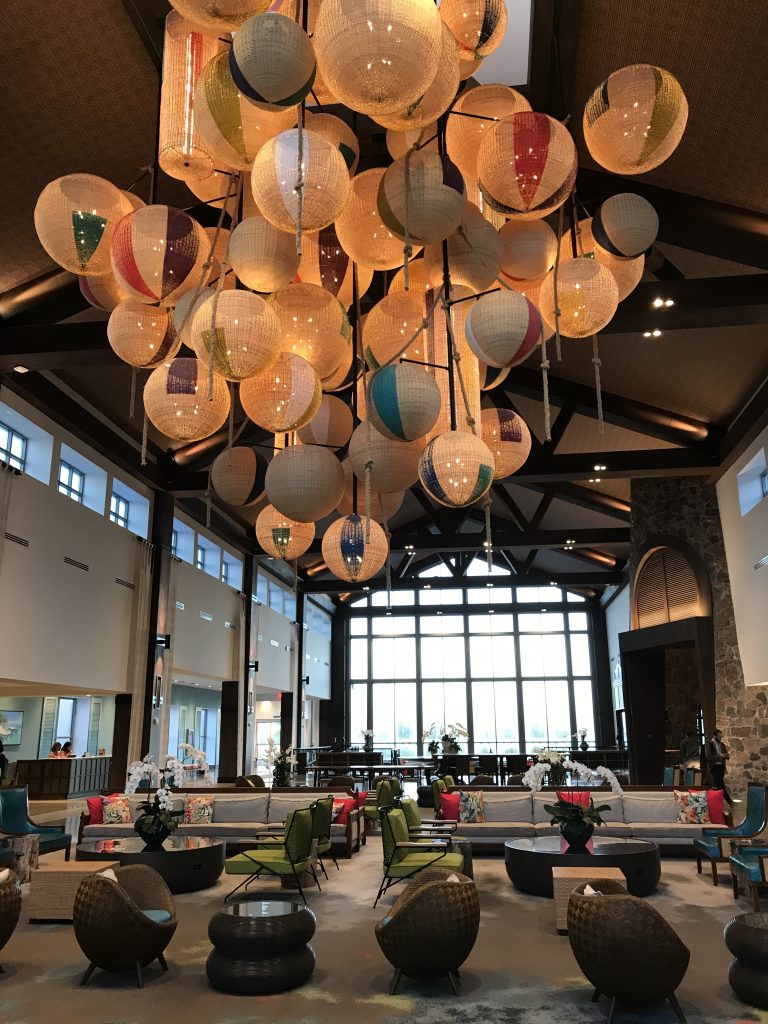 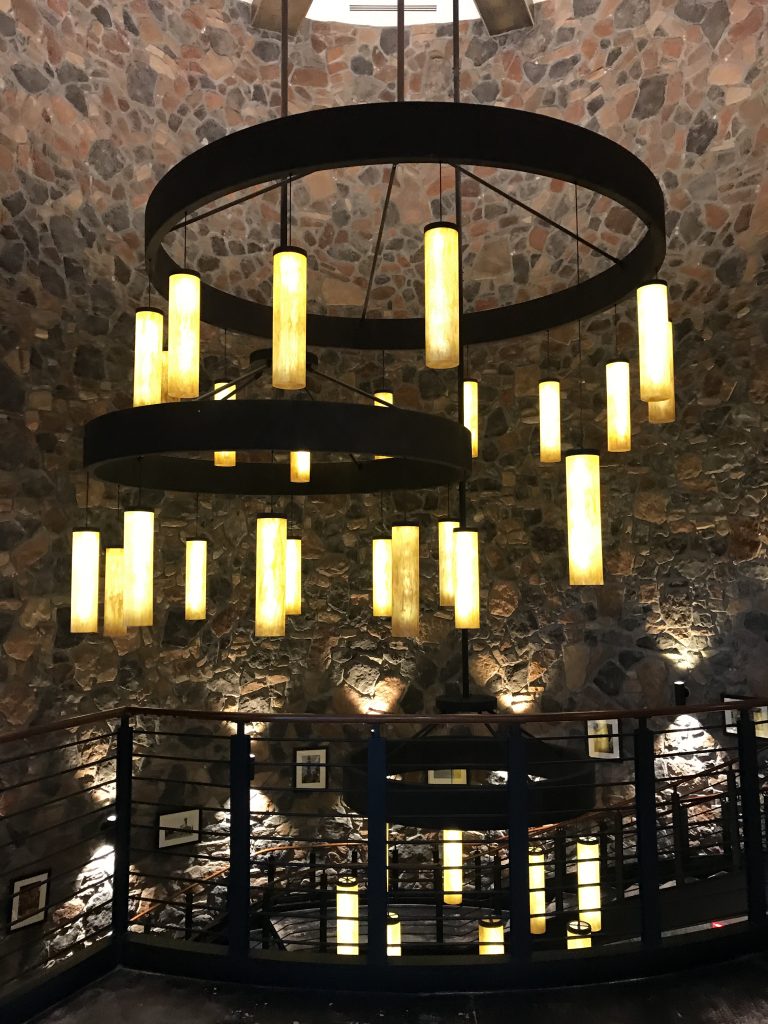 Upon walking into the Sapphire Falls lobby, you are immediately made aware that this hotel is something special. Guests are welcomed with grand vaulted ceilings with a breathtaking tropical inspired lighting feature. The tropical vibe is carried out through the enormous lobby to the check in desks, open gathering spaces, sports bar and gift shop. The most impressive feature of the lobby is the sugar silo inspired spiral staircase which brings guests downstairs to the buffet restaurant and boat launches to the parks. Loews and Universal have struck the perfect balance between tropical theming and welcoming elegance.

From the refreshing and expansive public spaces, the bright and tastefully appointed guest rooms to the proximity to the parks, Loews Sapphire Falls Resort is much closer the Disney’s Polynesian or Beach Club resort than any of their moderate resorts.

The location of the resort, while further from the parks than Royal Pacific, Hard Rock and Portofino, Sapphire Falls is still in relative close proximity. The hotel is roughly a 15 to 20 minute walk to Islands of Adventure and an additional 5 or so minutes to the Studios. That being said, Sapphire Falls is the only non-premiere resort at Universal to have water taxi service to the theme parks.

The guest rooms are fresh and vibrant with soothing blues and creams and splashes of yellows and coral. I absolutely loved the the funky mirror and floor tile in the bathroom. The guest room we toured was a 2 queen room and came standard with a safe, large LCD television, Keurig coffee maker and a bluetooth speaker. The only area I found lacking in the standard guest room was a lack of dual vanities. For a room that otherwise yelled, “deluxe,” to find a cramped single vanity was a disappointment. Overall the the bedroom were comfortable, bright and inviting.

The only negative I found with this hotel is that the Universal Express Pass is not included with your stay at this resort. Which also explains the large pricing difference between Sapphire Falls and Royal Pacific, one of Universal’s “legacy hotels.”

When visiting the Universal hotels it is difficult not to compare them to their counterparts at Walt Disney World. On paper, Sapphire Falls’ price point, size and theming, should make it a direct competitor with Disney’s Caribbean Beach. In reality, Caribbean Beach doesn’t hold a candle to this property. From the refreshing and expansive public spaces, the bright and tastefully appointed guest rooms to the proximity to the parks, Loews Sapphire Falls Resort is much closer the Disney’s Polynesian or Beach Club resort than any of their moderate resorts.

Sapphire Falls is the only non-premiere resort at Universal to have water taxi service to the theme parks.

While not the most luxurious or feature packed hotel, Loews Sapphire Falls might be the best themed hotel on property at Universal Orlando Resort. If your budget does not allow for a premiere hotel or the Universal Express Pass is not a priority for your family, then I would not hesitate booking this impressive hotel.

As always Physician Travel Guide partnered with Pixie Vacations is proud to offer concierge travel planning services. If you would like a no obligation quote for your next vacation, including Universal Orlando Resort, do not hesitate to email us at john@pixievacations.com or call us directly at 704-665-7890.

Kids Sail Free is Back! Novemb...

You don't have permission to register